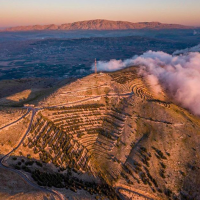 Last month the Manarola Foundation together with the Cinque Terre National Park of (represented by Gian Carlo Celano and Matteo Perrone, respectively) were guests of the Shouf Biosphere reserve in Lebanon for an exchange of knowledge on the management and maintenance of the terraced landscape.

The meeting happened inside the STONE project– Restoration and valorization of traditional agricultural systems for economic development and environmental conservation of the Shouf Biosphere Reserve – supported by AiCS (Italian Agency for development cooperation), and the partnership between the OIKOS Ong, commited in Europe and in countries of the South of the world for biodiversity safeguard, and the National Park of Cinque Terre.

The agreement provides for the collection and exchange of good practices related to the management and cultivation of terraces area in Lebanon and in Italy, with the involvement of the Manarola Foundation in Lebanon and the representatives of “Al Chouf Cedar Society” and Lebanese farmers in Italy. 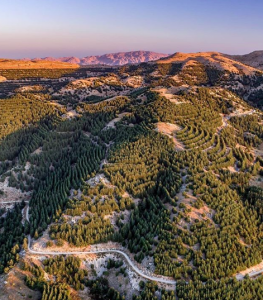 The Shouf Biosphere Reserve in Lebanon covers the 5% only of the country surface, however, it is the largest protected area in the whole of the Mediterranean and Middle Eastern area. It provides water, raw materials, fertile soil and clean air. “The region’s economy has mainly always been based on agriculture. The recent phenomenon of abandoning rural areas and the use of unsustainable agricultural practices, however, is seriously damaging soils and consequently the already fragile economy” (more info on www.istituto-oikos.org).

In this context of coexistence between man and landscape the Manarola Foundation example comes to play. Since 2014, the Manarola Foundation has restored part of the abandoned fields on the territory, affirming that not only is possible to develop at the same time agriculture and tourism but above all that there is no long-lasting tourism without the maintenance of the territory.

The goal is to restore the terraced areas, a key element of the cultural identity of the entire Mediterranean Sea and to give new momentum to this traditional agricultural technique not only to create new professional figures and new work opportunities but also to ensure the conservation of the environment and of local biodiversity. This line of reasoning is foundamental as much for Cinque Terre as for the Shouf Reserve. 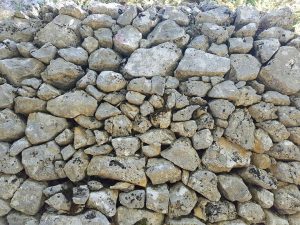 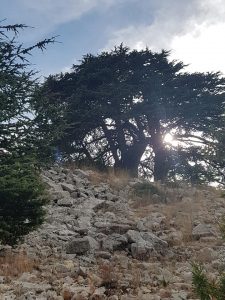 In summary, the meeting between the Cinque Terre National Park, the Manarola Foundation and the Shouf Reserve, allowed the exchange of knowledge and techniques, thus facilitating the growth and the preservation of the territory.