Help save the Cinque Terre!

Your name will remain forever engraved on a stone of a drywall, a World Heritage Site.

Want to help? become a Member!

A little donation helps the Cinque Terre to be maintained for the future..
Anna, Sweden
Felice di essere un socio della fondazione; anche da lontano il mio contributo per una terra straordinaria
Marco, Roma
Our contribution to one of the most unique and endangered landscapes in the world
Lucy, CA, USA
10€ = 0.066 m2 of stone wall

Become a member of the Foundation

Create and customize your Member Card

Click on th e button to join the ‘Fondazione Manarola’.You can customize your exclusive member card with your picture and a unique QR code.
You can choose the 10.00 €, 25.00 € or 50.00 € contribution, after payment and customization you can download your member card that will also be sent automatically in your email box. 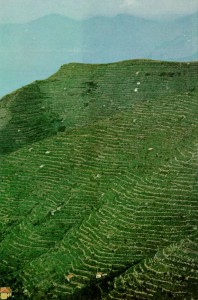 Cinque Terre’s terraced landscape holds a secular history:  the local community has profoundly worked with the earth transforming it into a vast system of stone terraces that extend to more than 1,000 hectares or more than 2,500 acres. Even today,  we can still admire this collective human masterpiece of terraces, unique in the world for its majesty, a direct consequence of a thousand years of continuous activity of Cinque Terrians who did so of their own free will.  This is unique because only slaves constructed such massive projects during this time. In 1997, the magnificence of the Cinque Terre landscape was recognized by UNESCO and was added to the “World Heritage List.” Specifically, Cinque Terre is called a “World Heritage for Humanity” for the following reasons:

“…the eastern Ligurian Riviera between Cinque Terre and Portovenere is a cultural site of outstanding value,  representing the harmonious interaction between people and nature to  produce a landscape of exceptional  scenic quality that illustrates  a traditional way of life that has existed for a thousand years and continues to play an important socio-economic role in the life of the community.”     (whc.unesco.org)

Since the abandonment of agricultural practices, particularly in the last fifty years due to changing economic conditions  and the rapid depopulation of Cinque Terre, the land has begun to go back to what it once was before the construction of the terraces; there has been a build-up of soil over the terraces, and trees have grown  back where there once were grapes.  Along with this, there has been an increase of hydrogeological instability, meaning that there has been a significant rise in the number of  landslides and terraced walls collapsing.

The villages of Vernazza and Monterosso were partially destroyed by mudslides only a few years ago, for the risk of hydrogeological instability  is a phenomenon that is unfortunately omnipresent in the entire state of Liguria.  This risk takes on an extraordinary revelance to the inhabitants of our villages where a landslide can threaten our very existence.  This is definitely the case for Manarola where the once totally cultivated Collora hill (made famous worldwide by the large illuminated nativity scene created by Mario Andreoli) is now in a state of deterioration and is progressively getting worse due to fewer people cultivating and maintaining our terraced stone walls.  In fact, in many places the stone walls are beginning to collapse or are threatening to collapse. The community of Manarola has felt impelled to create a FOUNDATION named the Amphitheater of the Giants whose sole purpose is the collection of funds to recover and rebuild our terraces in our valley. 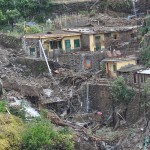 The primary purpose of mitigating the risk of landslides for the inhabitants of Manarola dovetails perfectly into the need to save a piece of our land of extraordinary beauty where one can walk on paths overlooking the sea.  With just one look, people understand how unique this path really is, created by the people of Cinque Terre hundreds of years ago who understood the delicate equillibrium between humanity and the sea.  In Cinque Terre, this equillibrium has found its ultimate expression.